Ah, it’s good to be back in the swing of things

Spending the past few days with my mom was quite a treat—we were able to catch up on some much-needed mother-daughter time, eat some fantastic food together (some of which was also in the company of Will), hang by the pool of a gorgeous hotel, and make it out to the movies for the first time in waaaay too long. Although there is no doubt that I had an enjoyable time, I will admit to currently feeling the whole “happy to be back” syndrome. You know, the one where you can’t wait to eat tons of home-prepped piles of vegetables because of one too many froyo visits over the weekend? (Note: Introducing my mom to Menchies = BIG mistake.)

On Thursday night, Will, the madre & myself tried out a new-to-us restaurant called Johnnie’s Hideaway. Originally we picked the location because of the vast selection of crab on their menu, but it ended up being so much more memorable than we had anticipated! Being the ONLY Johnnnie’s Hideaway in the entire nation, there were many tiny details thrown into our dinner that made it much more of an experience than just a simple meal.

For one, the menus were made out of alligator skin (!!),

and they brought some delicious sweet pickles for us to nosh on while deciding what to eat. 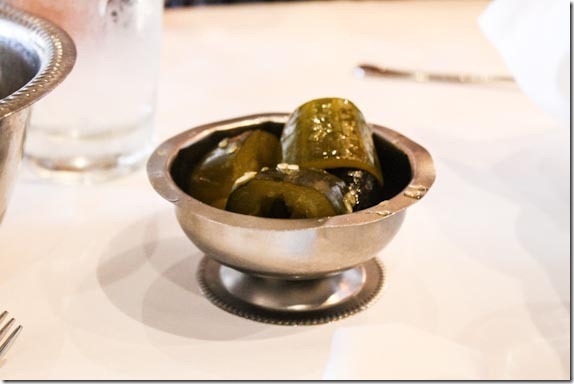 Although I could’ve easily filled up on pickles alone, the appetizer menu was looking way too appealing. We started with an order of the steamed mussels 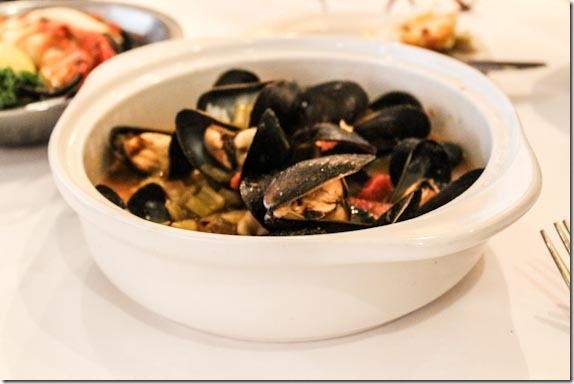 which was followed by one of the most unique house salads I’ve ever tasted. The standard version included a bottom layer of potato salad, which was topped with greens, tomatoes, chickpeas, kalamata olives, beets, feta cheese and a light olive oil vinaigrette. I opted out of the potato salad at the bottom and asked for more greens instead. 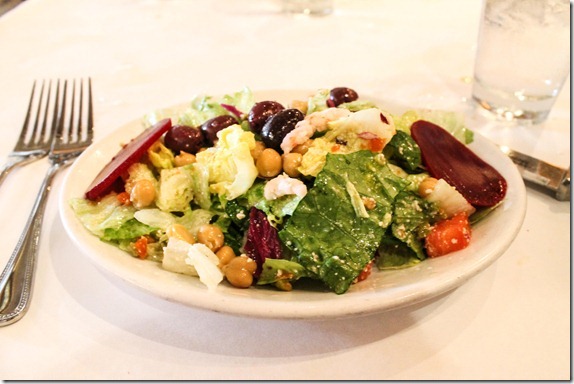 For my entrée, I rolled with the citrus grilled salmon with a huuuge side of sweet potato fries. 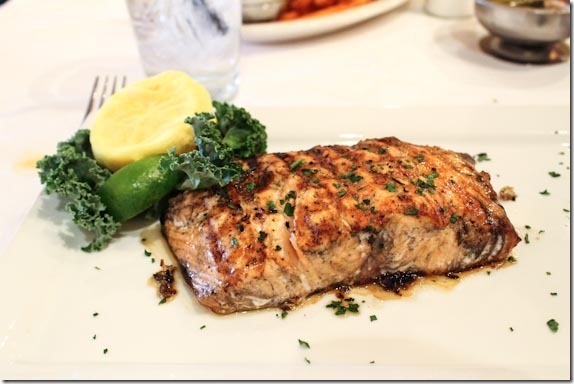 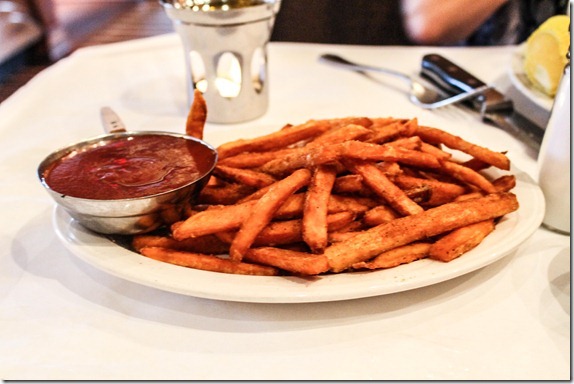 And of course I HAD to take a picture of Will’s side of lobster mac and cheese. I was only able to try a little piece of the lobster with the cheese sauce, but the bit that I had was heavenly! 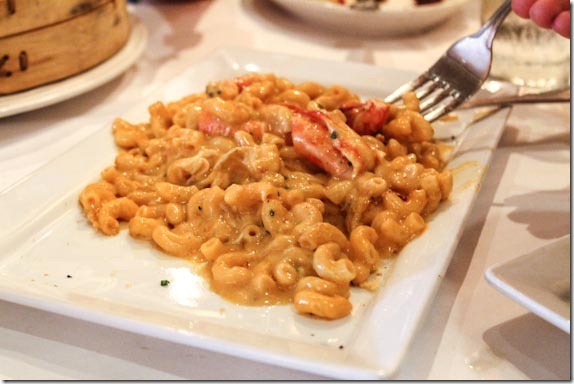 When our waitress carted out the dessert tray and Will & I noticed that crème brulee was on the menu, there was simply no turning back. After sampling the dessert for the first time on our cruise back in November and raving about it ever since, we were practically forced into ordering it again.

Overall, this was probably my favorite dining experience of the entire trip (right next to Seasons 52)

Today marks the first day of the summer (and my final!) semester, and I couldn’t be more excited to get the show on the road. Man oh man, this year is flying by!

A bit to think about: Tell me about your weekend!